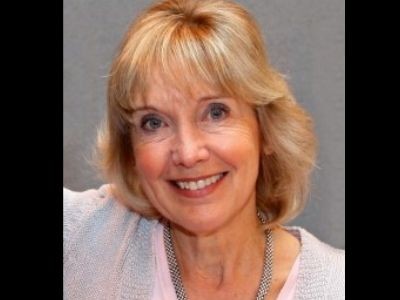 We are delighted that Jacki Piper recently accepted an invitation to become a patron of The Holly Lodge Centre.

If you have attended our Christmas Concert or Summer Musical event you will recognise Jacki for her fantastic humorous poetry readings.

Best known for her Carry on Films Jacki played Jungle Girl in Carry on up the Jungle and was then put under contract for the next 2 years, making 4 films in all. She took part in two series filmed for TV about the history of the Carry on Films called Carry on Forever. Jacki is taking part in a recording of a new comedy sketch show this autumn. Next year, in February, Jacki will embark on her third Carry On Cruise! Hopefully it won’t be too rough!

Jacki trained at the Birmingham Theatre School before playing in repertory theatres all over the UK, followed by playing the lead in 7 West End Plays. She starred in theatre tours in the U.K. and abroad. Numerous television appearances include The Rise and Fall of Reginald Perrin, The Two Ronnies, Murder on the Midnight Express, Barbara and Take a Girl Like You.